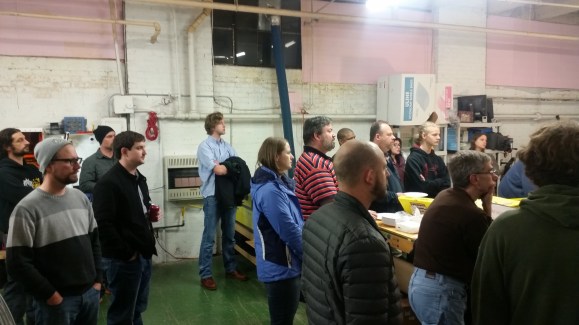 mUVe 3D in Grand Rapids, Michigan is run by Dean Piper. Dean served in the U.S. Air Force specializing in Computer Network Administration and Software Engineering and when he returned he latched onto 3D printing technology. He connected with groups online and back then the components for 3D printers were not common as they are nowadays. One of his online contacts drove essentially a box of parts for a 3D printer across the state to get Dean started with the technology. It took months of basically working on the 3D printer every night to get it going but he did not give up and got the printer running! This first printer was an FDM, filament style 3D printer, a RepRap Mendel that was community designed from RepRap.org. After months of playing with this he wasn’t happy with the resolution capabilities and so he began work on the 1st mUVe 3D printer, the mUVe 1.
He wanted to create (and did) a machine with these professional-grade capabilities that everyone (including himself) could afford. Looking around at what the market had available he found that the printers cost over $10k but he only saw about $2k worth of parts in them. He began to source parts and used his FDM printer to build what he could for this new printer (see below for pictures). Once the mechanical and software components were designed and working he launched the project on IndieGoGo in 2013. 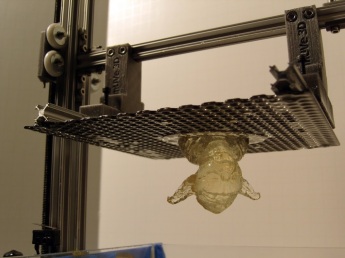 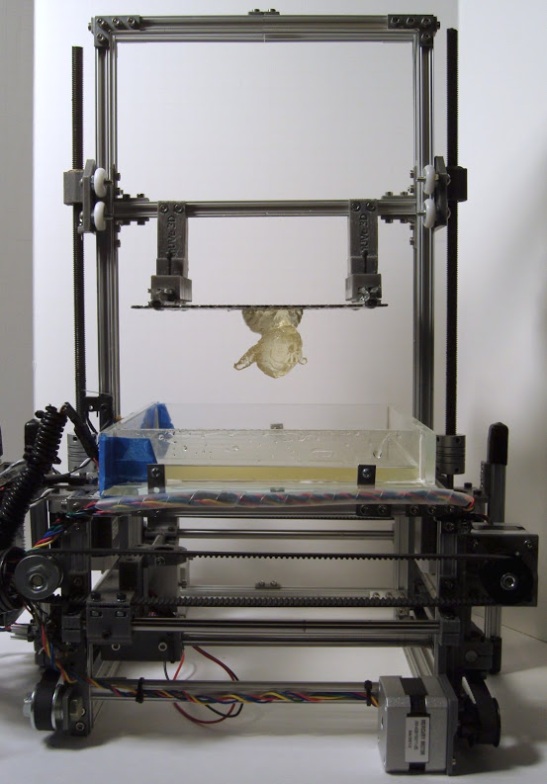 With a goal of $10k, he was able to surpass that and raise about $15k. This allowed him to get some affordable printers into the world, to create a website and get a workshop going. The project started out of his home but connected with people in the “maker-world” by joining GR Makers, a makerspace in Grand Rapids, MI that allows you to use their space and tools for a monthly fee. Dean was able to fully control everything about his new printer, down to the slicing editor software that he created himself.
It was around this same time that Formlabs was starting to make a name for itself in the industry and they launched their Kickstarter in 2012. Formlabs was really out trying to change the game of 3D printing by releasing their approximately $2,500 3D printer capable of producing super accurate prints that until this point was basically only available through 3D Systems or Stratasys (the big guys). This actually caused some drama in the industry as 3D Systems challenged Formlabs with patent infringement on their Stereolithography (SLA) technology (read more here).

Both these types of 3D printing use the power of light to cure a liquid resin (a photopolymer), vs. what people tend to think of with mainstream 3D printing with a spool of plastic. SLA (stereolithography apparatus) uses a focused laser to shoot the resin at specified, pre-programmed locations to form a single layer of the object being printed. The platform then moves and the same is done for the next layer, and the next until it is complete. DLP (digital light processing) uses a projector vs. a laser to cure a full layer at a time.

SLA typically would allow for finer detail with whatever you are printing because with DLP you are limited to the resolution size of the projector. DLP prints can be quicker since you are doing one full layer at a time vs. SLA printers having to move the laser around. Both types have their advantages and disadvantages and DLP started to become popular because it allowed for more accurate prints than traditional FDM printing but at a fraction of the cost of the SLA technology that was currently available. Now DLP printing resolutions are quickly rivaling and exceeding SLA printing with 4K projectors, and SLA printer costs are still coming down. With 4K DLP printing at 15 micron or smaller is now possible on the X and Y axis, where a laser system can only reach about half that at best in consumer grade printers.

Both forms of resin printing typically need to be washed to remove wet resin after printing and then allowed time to fully cure.

In mUVe’s 2nd year of operation they began to experiment with DLP technology. They started to make a name for themselves with this technology in industry, so much so that a company in Europe used their tilting build plate design without crediting them. The 1st version of the DLP printer they developed used a print bed that tilted one side slowly and then the other. If you imagine sticking your hand into a tub of pudding and you went to pull your hand out straight you are fighting physics (suction). If you pull it out at a slight angle you alleviate some of this fluctuation.  The whole focus of mUVe 3D has been to keep their products open source and to take feedback from the community to improve things for the future. It didn’t so much bother them that they took the firmware, more so that they took it and were basically claiming it as their own not crediting the creators as the open source technology and licensing dictates.

As I said before there are advantages and disadvantages to SLA and DLP. The laser machine is good for pulsing (dots) and can do depth variations well by fluctuating the power. With DLP, you can’t control the depth as much and even though you have similar energy outputs your area that the energy is dispersed into is much larger with DLP. 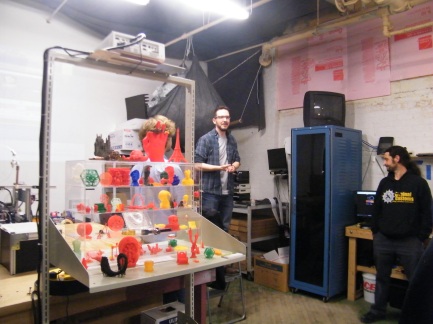 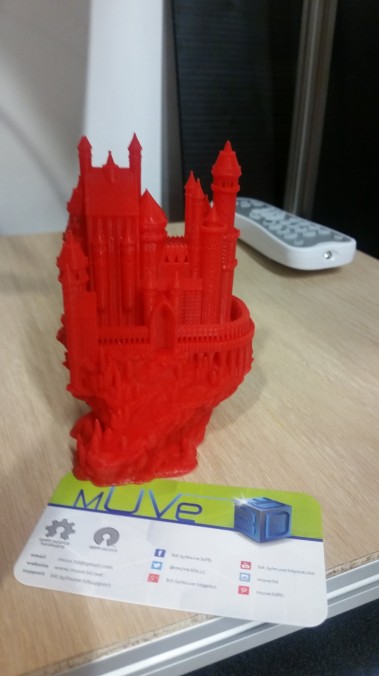 One thing they try to keep in mind is to have the ability to upgrade 3D a machine rather than having it be obsolete and make a customer buy a new machine. While this is not always possible (SLA gen to DLP gen) they do as much as they can to make this a reality.

mUVe is always looking to the future and is trying to be on the cutting edge of technology. One thing they are currently working to do is to eliminate the need for a projector. They are experimenting with how to get an LCD panel to properly replace the projector. LCD’s are easily destroyed by the resins and UV light exposure, they also tend get very hot and need to be cooled. Having an LCD would allow the machine size to be much smaller and eliminate the need for a shutter!

Check out what Make: Magazine has to say!

Sign up at www.meetup.com/mich3d to be notified of future events!

Join Us at Our Next MeetUp